For adults and teenagers from 12 years old

** To take advantage of the packages online at our ticketing service,simply add the shows at the regular price to your basket and the creation of the package price is done automatically just before proceeding to payment!** 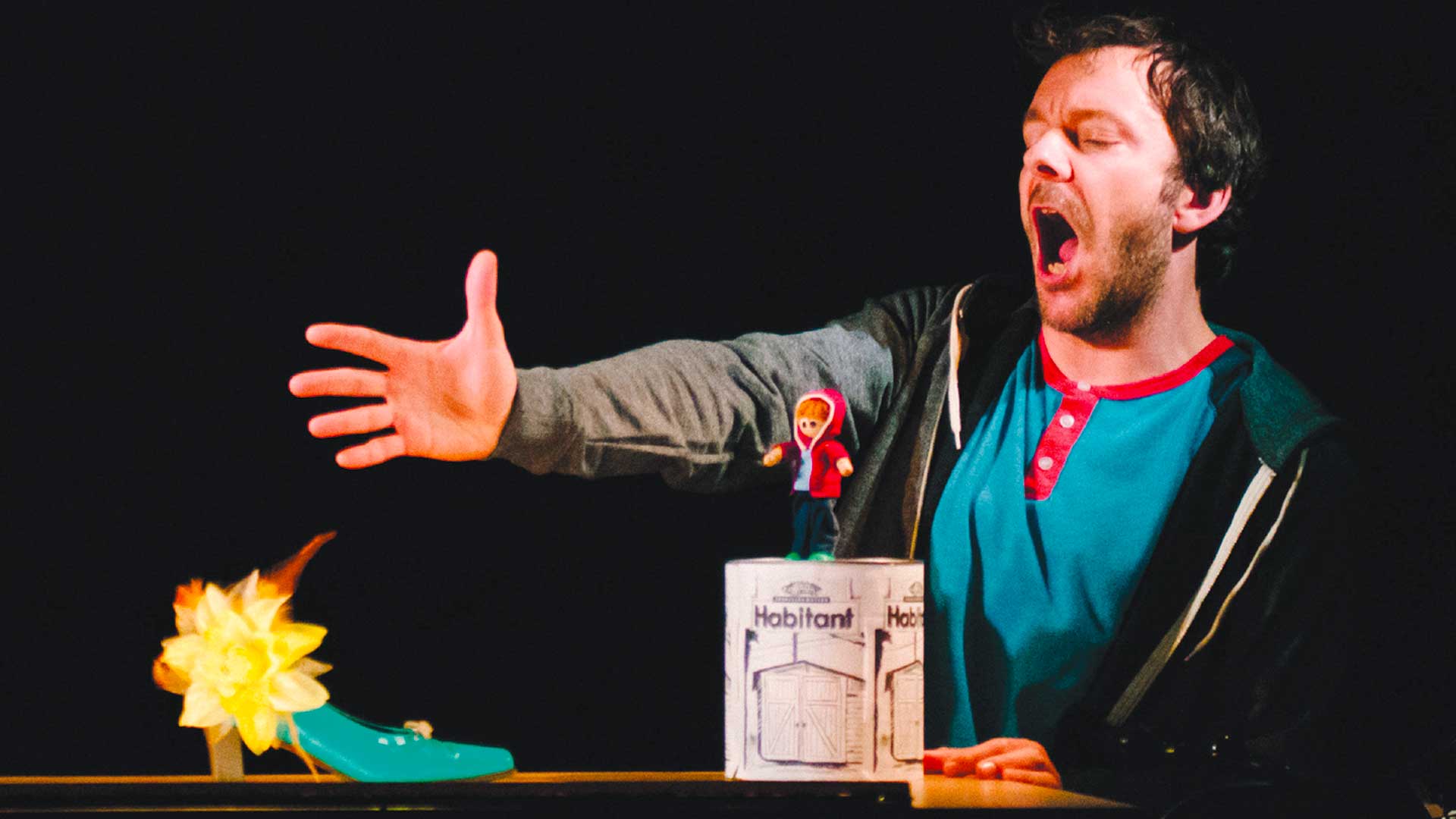 Terryy cannot (or does not want to) describe his family’s origins rationally. His idiosyncratic family is larger-than-life: How else could his mother have given birth to 57 children without any divine intervention? But above all, he is fed up with his vacuous, half-bovine father and seeks some explanation for such cruel and inhumane punishment. Maybe his father was turned into a cow in order to pay for a sin committed / a mistake made by someone in his family… Terryy desperately needs to understand. He needs to figure out the all-powerful reason behind this life sentence he has been given in order to make sense of it all. Even if he has to invent the whole story to explain his family’s woes.

Since 1999, La Pire Espèce has been borrowing techniques from different disciplines such as puppetry, theatre of objects, clowning, cabaret and street theatre. By exploring the creative process, it explores stage conventions and the rules of dramatic narration, and seeks to establish a close complicity with the audience.

La Pire Espèce is also twenty six original works, one exhibition, two street theatre pieces, seven cabarets and more than 1800 performances. Half of that number was performed abroad during recurrent tours in Europe and around the world. Its work include also five Spanish translations, nine English translations, a Korean translation, a Portuguese translation and a bold adaptation for both the deaf and the non-hearing impaired, seven co-productions in Quebec and in Europe and several professional workshops for theatre artists and teachers.

This work echoes an earlier play, Leon the Zero co-produced in 2005 with Théâtre Bouches Décousues and the Théâtre d’Aujourd’hui. Terryy, Leon’s brother, is the main character in this new story and his take on the meaning of family is quite different. Whereas Leon tried to free himself from his mother’s apron strings, Terryy, a little carbon copy boy with a dark and dirty history, wants to get rid of his father, a man-cow with a slow and awkward gait who is afraid of everything and doesn’t do much. A useless father.